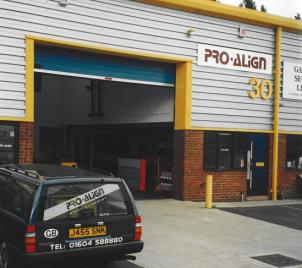 Pro-Align started as a retail alignment centre in Northampton

The brain child behind Pro-Align was a garage equipment salesman – Paul Beaurain, who in the late 1980’s had the foresight to realise that professional four wheel alignment would become a ‘key service’ for the Aftermarket – it was just that the market had not realised it yet!

Together with his wife Kathryn, they established Pro-Align, becoming a Limited Company in 1991, with a team of 6 employees

Initially, Pro-Align started as a retail alignment centre in Northampton, which has always given the company the basis for fully understanding what is needed to create a successful four wheel alignment service.

Almost immediately Pro-Align also took on the supply of HPA wheel alignment equipment, following on to secure the exclusive UK distribution rights for the renowned Hunter brand, becoming a dual franchise in 1996.

Pro-Align continued to grow and expand, gaining over 65% UK market share for PC aligners in 1999 (Source: GEA Report). The arrival in the same year of Hunter Imaging Alignment System was set to revolutionise wheel alignment in the UK.
As a result of demand from customers, Pro-Align’s expansion of the range in 2000 included the Pro-Align Aligners and associated alignment bay equipment, GSP9700 Road Force Balancer. This was followed by tyre changer range in 2003 and a new wheel alignment lift range followed in 2004. 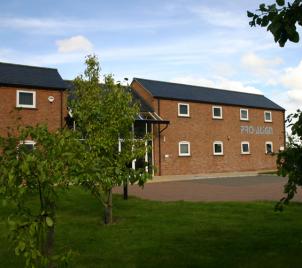 With its vision firmly on the future, Pro-Align designed and built its own bespoke premises near Towcester

With its vision firmly on the future, Pro-Align designed and built its own bespoke premises near Towcester (3 miles from Silverstone). Opening in January 2006, the facility includes; advanced training and demonstration facilities, equipment preparation and servicing areas, warehousing, stores, and headquarters offices.
Since then, Pro-Align have continued with their innovative approach to business, as well as maintaining, developing and delivering the ‘added value’ factor to its customers.

This has culminated in recognition throughout the industry;

In 2011, with the launch of the Hunter Elite TD imaging alignment system, Pro-Align have only grown upward. Supplying major national service centre chains and revolutionising the wheel alignment industry, in 2014 the company now employ 45 staff all over the UK and have extended the purpose built premises three times to accommodate change, guaranteeing that each department in the company has grown with demand.

As of 2015, Pro-Align was named as the official distributor for Hunter commercial alignment systems in the UK and Ireland and gained Mercedes-Benz approval for the equipment in August 2016.